People Associated in It 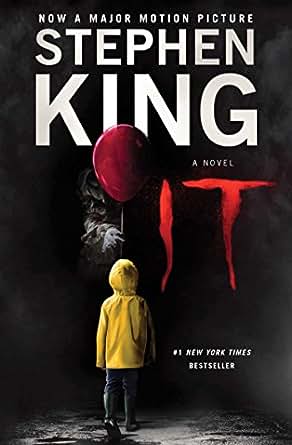 It is about a children in October 1988 when a teen boy named Bill Denbrough gave his young brother George a paper sailboat that runs down a rainy street and falls into a drain. In the drain a clown named Pennywise the dancing clown, It, has the sailboat and drags George into the sewer. The next summer Bill and his friends hear that George's body washed up on the Barrens. Now Ben Hanscom who is new realizes the misterious disspareances of kids in the town, and he finds a shoe of a missing girl. There is a group called the Bowers's gang as well who found the shoe with Bill.

I thought "It" was a great movie filled with mysterious scary situations. The movie was hard to watch with fear and nightmarish scenes throuhgout the movie. "It" certainly did what it was meant to do scare you. Andy Muschietti did a great job directing the movie on how it was in the book. Once agian we have managed to bring another Stephen King book to the movies.